How Infinite Banking helps you take Control of your Money 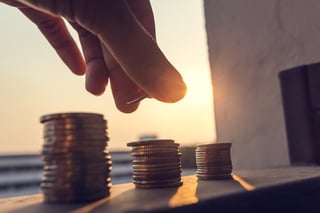 Most people don't have control of their money.

This is a fact that is likely to startle the average American, but it's true, according to information released by the Federal Reserve.

While most Americans believe that they are "living comfortably," "doing fine" and have bright financial futures, the vast majority are not. According to the most recent Survey of Consumer Finances:

In short, millions of Americans aren't saving money, can't pay for health care, have no retirement funds and continue to go into debt. This is clearly a county full of people that don't have control of their money.

It doesn't have to be this way

Most Americans have been raised on the concept of spending, borrowing and living life in debt. You take out loans to go to college. You find a job and take on a mortgage to purchase a house. You finance braces for your children and borrow to buy new vehicles.

And every two weeks, you sock a little money away into your 401(k) or pay into your pension. Then you pray that nothing bad happens, so you don't have to put a significant amount of money on your credit cards.

It's a white-knuckle, out-of-financial-control way of living--and one that can be done away with if you practice infinite banking.

Infinite banking is a concept that puts you in control of your money. It's an efficient and effective way for you to save, build a retirement nest egg and have easy access to money--your money.

Here's how it works:

Infinite banking puts you in control of your money. You can access it whenever you want. You can do with it what you want. And when you pay it back, you are paying it back to yourself--no bank, no broker, no penalties.