Money and Happiness: The Surprising Research 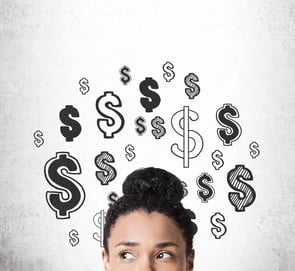 It has been said that money can't buy happiness, but most people would love the opportunity to find out for themselves.

Most people don't buy the old axiom about money and happiness. They think winning the lottery or being informed of a large inheritance from a long-lost and recently deceased relative is the ticket to absolute bliss.

But is it really?

Could it be possible to be happy with little money? Are people more likely to achieve contentment by building prosperity through saving or collecting an unexpected windfall? Do the spending decisions you make diminish or enhance your ability to enjoy life?

Thankfully, there are people who have dedicated a lot of time and effort to researching these questions and answering the question of whether or not money can really buy happiness.

How much does happiness cost?

Betsey Stevenson and Justin Wolfers are economists at the University of Michigan. They conducted research on the relationship between money and happiness and found that more money leads to more happiness.

Another study conducted by 80,000 Hours, a nonprofit that specializes in helping working people find happiness, discovered that doubling your income only leads to a half-point increase in happiness on a scale of 1 to 10.

In other words, doubling your income will only increase your happiness by about 5 percent.

But this still begs the question: How much money do you need to be happy?

To answer this question, you can look at research conducted by a Princeton University economist named Angus Deaton. He says that $75,000 is the key benchmark when it comes to determining how much happier you'll be with more money.

According to Deaton, more money leads to greater happiness for people earning less than $75,000 a year. As incomes climb, the increase in happiness that comes from larger paychecks levels off.

The takeaway is that money matters more when you have less of it. Apparently, $75,000 is the number that allows people to most easily meet their basic needs—housing, food, clothing and maybe some fun.

Life is easier when you're making $75,000. That fact is confirmed by research out of Michigan State University, which found that people who live in poverty tend to be unhappy. If they could just reach the magic number of 75K (or win the lottery), their lives would be easier, and they'd be smiling from ear to ear, right?

Almost everyone dreams of winning the lottery. Bigger homes, bigger boats and the ability to buy anything and everything would become an instant reality.

But would you really be happy?

According to a study published in Social Psychological and Personality Science magazine, the uber-wealthy are not necessarily happier than everyone else is.

The reason, according to researchers, is that the wealthier you are, the less likely you are to enjoy life's simple pleasures and positive events. It's almost like having copious amounts of money makes you numb to everyday activities that typically bring you joy.

The study that made this discovery looked at two groups of people: lottery winners and people who had been paralyzed in accidents. What they found was that even though lottery winners claimed to be happier, accident victims actually took greater joy in life's everyday experiences—spending time with friends and family, visiting a park, watching the clouds roll by on a sunny summer day.

But what if you don't win a lifetime's worth of money? What if it's a more modest amount?

One 2008 study out of the University of California looked at the happiness of people who won about eight month's worth of income through the lottery. Guess what: Just six months after their windfalls, they weren't measurably happier than anyone else.

The bottom line seems to be that incredible wealth doesn't necessarily make you a happier person. People get used to things—even wealth. Life still presents challenges (uncomfortable family dynamics, rush-hour traffic, miserable weather, et cetera). And at the end of the day, money alone isn't likely to change who you are at your core.

You're only as happy as you decide to be

Do you see the glass as half-empty or half-full?

It's an age-old question that people use to try to determine whether you are generally a negative or positive person. It also makes an important point: People control their emotional states and views of the world around them.

That may explain why some of the happiest places in the world are in countries where poverty is a major problem.

According to the World Database of Happiness, which measures the overall happiness levels of people living in countries around the world, countries like Costa Rica, Puerto Rico and Mexico often rank higher on the happiness scale than more affluent countries do.

It also might explain why a 2014 WIN/Gallup poll found that people living in Fiji were the happiest on the planet, even though the average income of the country was less than $15,000 a year.

The poll found that 93 percent of the people in Fiji said they were either happy or very happy (compared to 67 percent of respondents in the United States). Now that's seeing the glass as half-full!

In the end, happiness may not come down to how much money you make, but rather how you compare yourself to your neighbors.

The average American family might live like royalty compared to the average family in Fiji. But if the Americans can't drive fancy cars and take fantastic trips like their neighbors can, they are less likely to feel happy.

Meanwhile, the family in Fiji doesn't see their neighbors living large, so they are content with what they have—and what they have may just be singing, dancing and enjoying meals together.

In other words, they have decided to be happy with what they have; even though their glass is half-full, they don't feel the need to fill the glass with expensive toys and trips.

Invest in your happiness

Even if your glass is already half-full, you can still make investments that lead to greater happiness by spending your money on experiences instead of "stuff."

According to Gilovich, the happiness obtained when you buy a new watch only lasts for a short amount of time. But spending money on a special experience—attending a sporting event, going river rafting or taking in a Broadway play, for example—leads to memories, connections with others and longer-lasting happiness.

So the next time you're feeling down and thinking about buying something to boost your spirits, consider making a long-term investment in your happiness instead.

Investing in experiences isn't the only way to increase your happiness. You can also:

If you can't buy happiness, you can at least take steps to do the things that are more likely to lead to a greater sense of bliss—and that starts with a plan.

Contact us today if you are ready to build a financial plan that allows you to save, experience life with your loved ones, be generous and spend time doing the things you love.

You'll be happier once you have a plan in place.