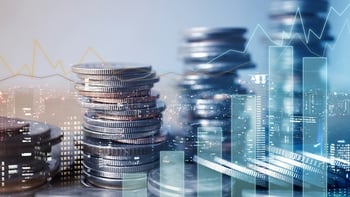 Over the years, the infinite banking concept has had a variety of monikers.

It was first called LEAP, which was short for Lifetime Economic Acceleration Process. Then people started calling it the "Be Your Own Banker" financial strategy.

And now, it's simply infinite banking.

And while the names have changed over the years, the core concepts have always remained simple and remained the same. Which is the beauty of infinite banking–it's a relatively easy way to build wealth, as long as you understand the concepts.

Here, for your wealth-building pleasure, is infinite banking made easy:

In the United States, people are expected to follow certain rules in order to enjoy a high quality of life. You take out a loan to go to college. You graduate, find a job and take out another loan to buy a car. You meet someone special, get married, settle down and take out a mortgage to purchase a house.

And you pay interest. Yes, interest is as American as Mom, baseball and apple pie. Americans are expected to willingly pay interest in order to achieve their dreams.

At least that's the way the rules are set up.

Some people have decided to break the rules and achieve the American dream without paying exorbitant amounts of interest. Rather than relying on banks and large financial institutions to finance their large purchases, they rely on themselves, thanks to the power of infinite banking.

Americans who rely on infinite banking aggressively sock away money in whole life insurance policies. Over time (10 to 20 years, typically), these policies accrue a significant amount of cash value, which the policy holders can borrow against–and do it while retaining the interest within the cash value of their policies, rather than paying it to another lender.

In a sense, people who use the infinite banking system are actually their own bankers. They are using pre-tax dollars of their own money to pay for college, buy cars, purchase homes and do anything else they want.

Because they are borrowing their money.

What are the benefits of infinite banking?

Anyone who has ever taken out a loan from a large financial institution knows that there is really only one benefit of working with a bank: You get to make a major purchase that wouldn't otherwise be available to you without a lot of saving and time.

On the other hand, people who practice infinite banking know that it comes complete with an array of benefits:

That's an awful lot of benefits–especially when compared to what banks and other large financial institutions have to offer.

Many insurance companies also offer annual dividend payments, although they are not guaranteed.

Who should consider infinite banking?

Infinite banking isn't right for everyone.

People who don't need or want a permanent death benefit should not practice infinite banking. Nor should those who can't afford a premium payment or those who have an unstable source of income.