Investment Outlook: Is 2017 the Year of Life Settlements? 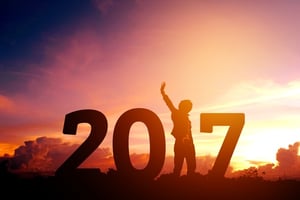 That was the headline of a news release issued by the Life Insurance Settlement Association on January 30, 2017. The organization had just wrapped up its 7th Annual Life Settlement Institutional Investor Conference in New York City – and everyone walked away feeling good.

But that was then.

A lot has changed in the past several months, which begs the question: Is this still the year of life settlements?

The answer is yes.

As investment opportunities go, life settlements are still relatively new. Sure, they've been around since the 1980s, but the average American really didn't know about them until the late-1990s (and the term "life settlements" wasn't even coined until 2001). And even then, there still weren't a lot of people who felt comfortable selling their policies.

But that's all changed, thanks to the work of industry professionals to raise awareness among seniors about the opportunity to unload their unneeded, unwanted or unaffordable life insurance policies.

Now that more seniors know they can sell their policies, more policies are available to investors – and that's a good sign when it comes to growth.

As with any innovation, there was a time when investors viewed life settlements with skeptical eyes. Most were concerned with a perceived lack of government regulation over the transactions.

Today, life settlements are watched closely by federal and state agencies, with 42 states and the territory of Puerto Rico regulating the transactions. In fact, 90 percent of the population in the United States is protected by comprehensive life settlement laws and regulations, according to the Life Insurance Settlement Association.

These consumer protections have given both sellers and buyers peace of mind and helped create a true win-win opportunity for both parties.

The Baby Boomers are calling it a career.

According to information published by Investopedia, roughly 10,000 people born between 1946 and 1964 are retiring every day.

That's not good news for many people.

In addition, even Baby Boomers who have retirement savings may want to free themselves of the burdensome monthly premium payments associated with life insurance policies.

When it comes to the stock market, uncertainty is the only certainty.

One of the nice things about life settlements is that they provide investors with an unprecedented level of certainty.

They are unaffected by the ups and downs of the stock market. They offer solid returns. And the only real risk factor is time.

In a very uncertain world, where everything from politics to natural disasters to international conflicts can cause the stock market to spiral, the certainty of diversifying your portfolio with life settlements makes a lot of sense.

It's never too early (or late) to make a resolution

This is shaping up to be the year of life settlements. If you'd like to learn more, give us a call, we're happy to discuss to see if it's a fit for you.